Productivity in the UK Construction Industry

Despite the recent economic downturn with the UK economy facing a technical recession, the construction industry has still shown areas of growth with record levels of growth being achieved in the three-month period leading up to August. Whether this growth is sustainable as backlogged summer projects are commencing in winter and the demands on remaining construction workers increase, remains to be seen. Productivity and the corresponding output from the construction industry remains paramount. Companies offering necessary support to construction fieldworkers to optimise productive output and streamline workflow processes will significantly impact on sustaining growth in this sector.

The UK construction industry was hit hard in light of the pandemic with output falling by a record 18.2% in the three-month period prior to April 2020. The decline was mainly propelled by the 19.4% decrease in new work coupled with a 15.8% decline in repair and maintenance. Resulting in the steepest monthly decline recorded since January 2010, output decreased by 40.1% month-on-month in April 2020.

The outlook for the construction industry looked bleak, however, record highs were then achieved in June and July 2020 respectively, showing some bounce back from the effects of the pandemic. July 2020 recorded the highest increase since October 2015, with month-on-month growth rates of 21.8% in June and 17.2% in July. Creating an increase in construction output of 18.5% compared with the consecutive three-month period, reaching a record high after ten successive periods of decrease. The three months leading up to August 2020 saw an increase of 17.5% in all new work sectors with the greatest increase being a 34.9% rise in private new housing, despite a fall of 6.5% in the private industrial sector.

Unfortunately, the increase in construction output was not enough to prevent further workforce reduction with many laborers being left unemployed. These reductions have placed remaining labourers under increased pressure. Some speculation remains as to whether the industry growth is sustainable with the latest figures showing a only 3% increase in construction output in August. Remaining below the pre-pandemic February 2020 level by 10.8%. The construction industry has remained flexible to the challenges and managed to adapt to the circumstances quickly enough to keep projects running and sites open. This has been reflected in the fact that the industry has outperformed GDP growth. Showing the resilience of the industry.

Future challenges for the construction industry remain the effects of Brexit, the backlog of delayed summer projects lapsing into winter as well as uncertainty surrounding the pandemic and future lockdowns. Great emphasis will be placed on productivity and project performance presenting the industry with both challenges and opportunities.

The Impact of Productivity

The UK Government has placed a lot of emphasis on productivity, including productivity in both their economic policy and at the core of the new industrial strategy. With the UK Parliament listing productivity as a key factor in determining living standards, in simple terms the quantity of output that is derived from any given input of labour, capital, time etcetera. How efficiently an economy or business operates dictates how much of a resource is produced. The more productive an organisation is functioning the higher long-term growth rates become. In the face of recent workforce reductions, it is worth noting that economic theory also states that productive labour has a direct influence on remuneration. If an employee is highly productive their value increases and so does their wages.

In the UK productivity in Q2 2020 fell by a record 2.0% when compared to the previous quarter. Although productivity measurements during the pandemic are difficult it cannot be disputed that second quarter productivity fell considerably more than hours worked partially due to the shrinkage in economic activity. Some measure of the decline can be attributed to the added pressure on the mental health of labourers. It has been estimated that poor mental health costs the UK up to £45 billion every year which added a 16% rise since 2016, indicating an extra £6 billion a year. This fact is compounded by the increase in work-related stress during pandemic and Brexit uncertainty. Showing that output per labourer has decreased 19.3% quarter-on-quarter as well as 21.7% year-on-year in the second quarter. The pandemic may have highlighted underlying problems with the UK’s productivity underperforming for some time.

According to research done by the University of Sussex and Loughborough the slowdown in UK productivity is the worst downturn in the last 250 years with productivity levels being below the pre-2008 trend path by 19.7%. Contributing factors to the unprecedented decline include the aftermath of the 2007/8 financial crisis, uncertainty surrounding Brexit, the current pandemic, slow adoption of information and communication technology (ICT).

It is worth noting that the current productivity slowdown far outstrips those of the past including; the end of 1870s Victorian boom, the Edwardian end of the steam age at the turn of the 20th century, the Great Depression in the early 1930s, as well as the end of the Golden-Age in the 1970s. Although historically overall productivity was lower during the late 18th century, productivity has not declined so steeply after showing a strong growth trend.

The UK construction industry contributes approximately 6% of the national economic output. Unfortunately, the industry has not been an exception to the decline in productivity with Construction News stating “We build too slowly, too expensively and with too little reliability.” In 2017 the construction industry was found to be the least productive sector in the UK economy with over 20 percentage points beneath average output per hour.

Despite challenges facing the industry such as: an aging population, lack of skilled labour, slow adoption of ICT, Brexit and Covid-19. However, the pandemic has forced many industries to adopt technology faster than ever before, paving the way for more digitalisation and innovation within each sector. Construction companies that invest in digital innovation will lead the curve for productivity. Increased focus on the adoption of new innovative workflow efficiencies, time management and project performance will be key in the future, especially due to the increases of project complexity. In preceding years the construction industry has been severely behind in technology adoption but now the current situation provides employers with unique opportunities. The UK Government has supported this initiative by launching various campaigns to aid technology adoption in this sector.

At Script & Go one of our primary focuses are the challenges facing fieldworkers on a day-to-day basis. Supporting frontline laborers through the adoption of more convenient and time friendly methods that streamline workflows are paramount. Our focus remains aiding industry recovery and growth through a focus on innovation and technological change.

Being a UK based company, Script & Go understands the specific needs of the local construction industry as well as the challenges it currently faces. Our customer-centric approach has ensured that our digital tools, such as Site Diary, meet the needs of a sector that is suffering from poor productivity and is supporting Covid-19 guidelines.

Our aim is to enhance the adoption of digital tools in the field and provide real-time data that is both accurate and relevant. Through the adoption of this technology we will provide frontline workers with more support and reduce inefficiencies. Future development will address activities such as task management, defect reporting, capturing observations and an overall project view from the online dashboard. As we look to the future, we are optimistic about the opportunities for growth. 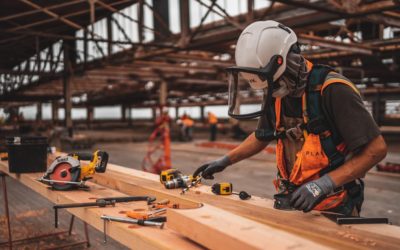 The importance of workers safety cannot be overstated in an industry that employs over an estimated 3.1 million people, 9% of the national workforce, and contributes approximately 7% to the country’s GDP. Occupational Health and Safety places the utmost focus on...

Introduction It is no surprise that project closures can be a nightmare to navigate when facing challenges such as: Pinpointing and agreeing on all remaining deliverables.Client agreement on outstanding commitments.Functionality challenges when teams demobilise and... 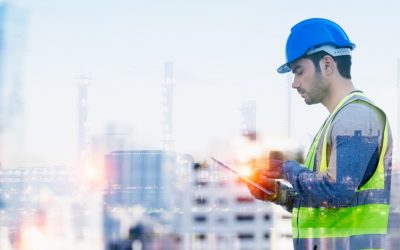 Humans are averse to change. Various biological reasons exist that safeguards us from the ever terrifying disruption of our routines. The human brain uses approximately 25% of our overall energy. Our bodies are reluctant to learn something new because it will...